If you were going to look into the life of Kelso Cochrane, you would probably do well to start with the book 'Murder in Notting Hill' by Mark Olden, published in 2011 by Zero books.
Mark was born and raised in the North Kensington area. On meeting him he recounts his memories of writing the book in as gripping a way as the book itself is written, referencing his own archive discoveries - discoveries that have literally defined some of the commonly understood details of Kelso's murder, including details of a perpetrator never brought to justice.
As our discussion flowed around those events, he describes his experiences of meeting the people in his book. It often seems as though they come from another world and he cannot help but build a picture in my mind of another era that appears to contrast sharply with our own. That vivid picture sets off another wave of discussion....
We spoke at length on the culture of racism and what, if anything, purposefully changes it. How the relationships between state and media influence a culture of marginalisation and abuse. What was it about Kelso's unsolved murder that led, seemingly, to such a cultural shift both locally and nationally? Can we learn from it?
How do you go from an area in which African Caribbean people were regularly, viciously abused and attacked, to an area that is world famous for its diversity and supposed tolerance of difference?
This exploration of the gears of change is what I see lying at the heart of the story of Kelso and it is as good a tale of modern Britain as you will ever find.
Following on from our conversation, I will be revisiting Mark's considerable archive of materials and taking his advice on a potential visit to the British Library and perhaps the National Archive. 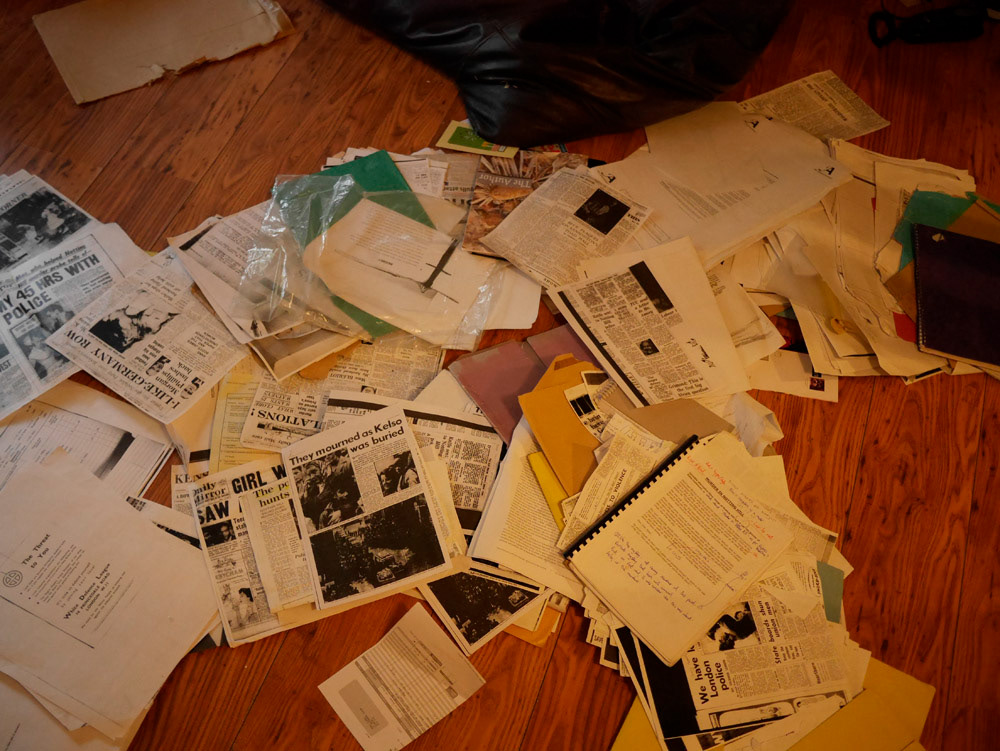 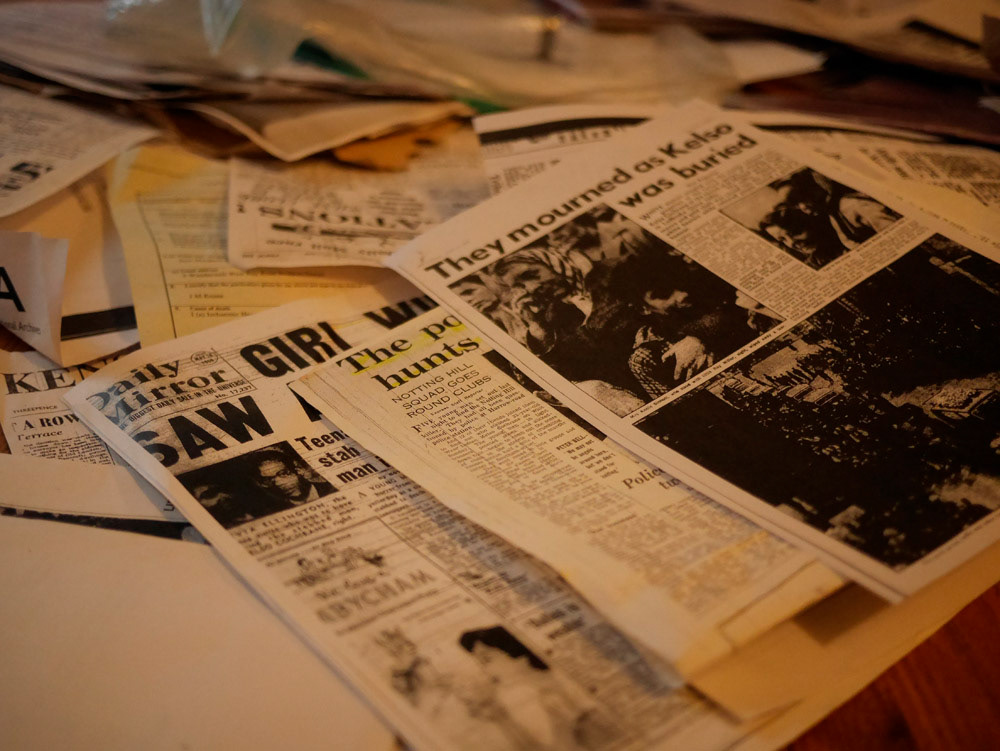 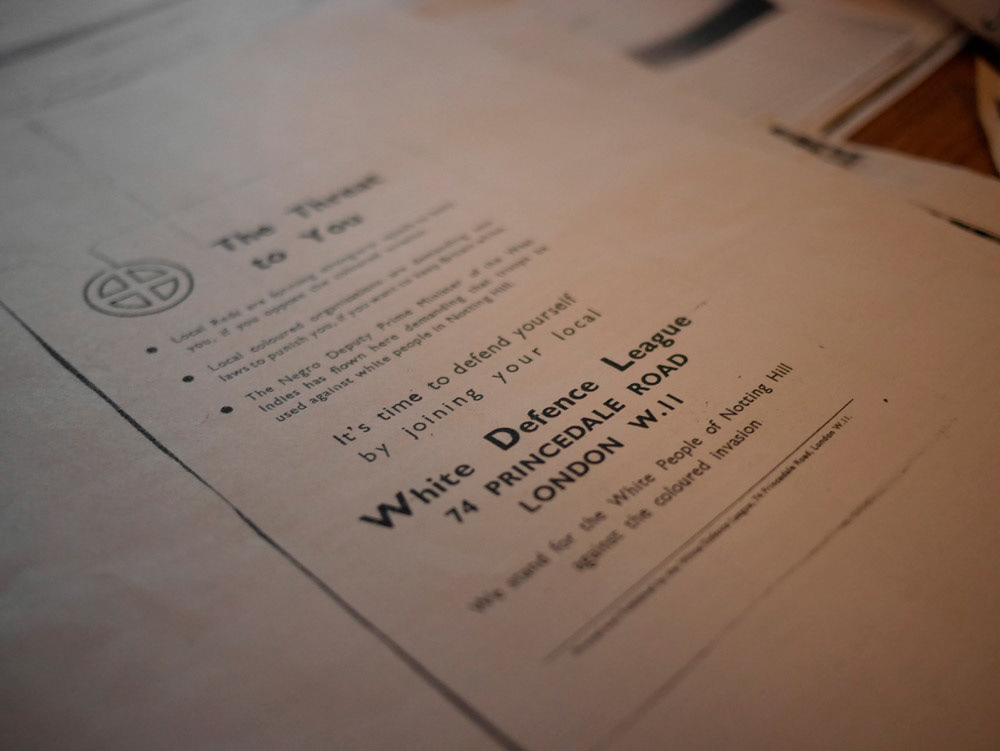 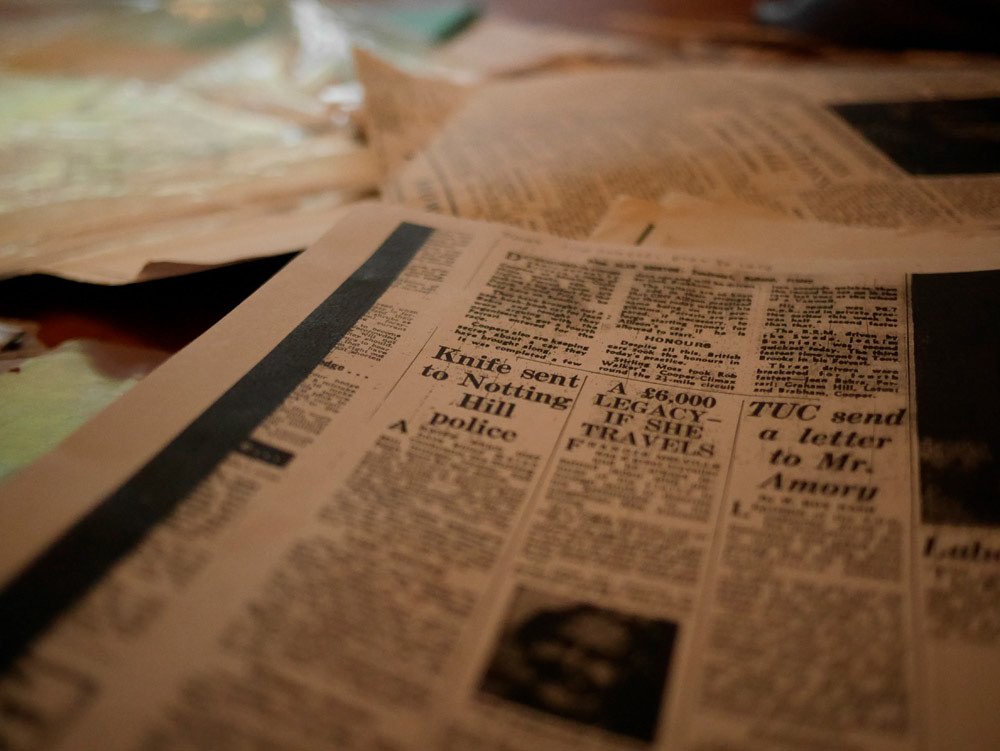 Taking another look through Mark's archive allows me to crystallise the themes and threads running through. There were a number of actors involved.
The state, who seemingly went to lengths to both control a situation they appeared conviced was on the brink, and appear helpful toward solving a vicious murder of an innocent man on his way home to his fiancee.
The police, led by a young and out of place detective, showed clear signs of their own cultural and professional shortcomings.
The media were fundamental to building a picture for the public about the murder, the area, the victim and the perpetrators. National and local papers were a help and a hindrance - sometimes at the same time. Far right leaflets and newspapers were the social media of the day. On the other side of that coin was a publication like the West Indian Gazette, run by Claudia Jones.
The division between the West Indian diplomatic hierarchy and the Pan African community was clear. The overt nature of the attempts to discredit Claudia Jones, Amy Ashwood Garvey (first wife of Marcus Garvey and North Kensington resident) and other members of a coalition of groups demanding justice, was something I found shocking - the insidious nature of colonialism laid bare.
There were families and young men in particular, who dominated the area and were responsible for waves of abuse and attacks on the black community and those who lived with them. Their actions were seemingly always justified to themselves, even whilst using language that belied their true motivations.
The streets of North Kensington complete the picture. Mark mentioned a 1959 film, 'Sapphire'. Not only did it feature some short scenes showing the grim North Kensington streets in full colour. The film itself was a murder mystery based on the racial tensions in London - the North Kensington streets were used to depict the areas in which black and 'coloured' people lived.
Next up will be a visit to the National Archives in Kew to find the original documents from Mark's archive and a visit to the Kensington & Chelsea Central Library Local Studies department, known locally for their collection.

Visiting the archives - RBKC
↑Back to Top